Thirty-five students focused in on the tiniest details of science – at a subatomic level - during a successful trip to the Large Hadron Collider in Switzerland.

Pupils from years 10 to 13 arrived in Geneva in time for lunch after leaving St Peter’s at 3am on a bitterly cold February morning.
Despite the sub-zero temperatures, students explored the botanical gardens and the History of Science Museum as well as spending a day at the world’s premier particle physics research facility at CERN. 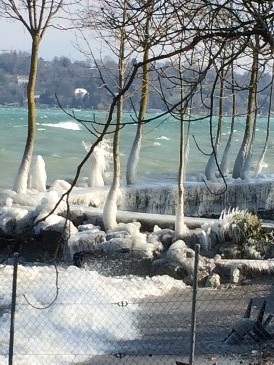 Head of physics Mr Jones-Parry delivered a fascinating insight during a lecture the night before in preparation for the visit.

This included a second lecture, this time by a resident scientist, a 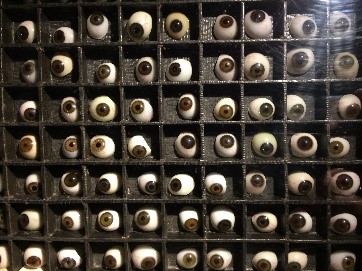 nd a film on the work at CERN prior to tours of the cryogenic facility, the control centre and the AMS project.

The latter is attached to the International Space Station and is constantly sending data on atoms to CERN for analysis. 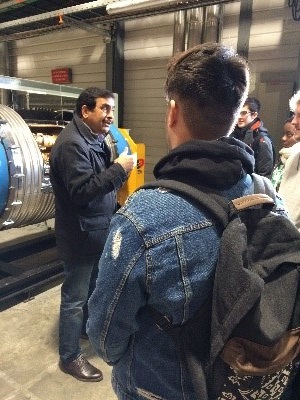 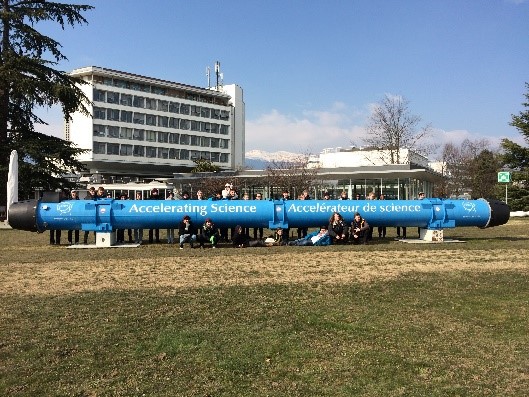 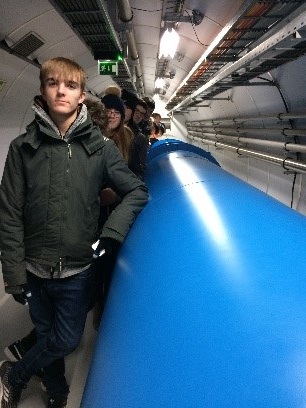 Lunch was enjoyed in the large and varied restaurant at CERN where pupils had the opportunity to eat next to world-renowned scientists.

The trip to CERN ended with tours of two exhibitions – including the iconic globe that is situated by the entrance to the site.

The students had opportunity to visit the architecturally-renowned old part of town and enjoyed a quiz, during which their knowledge on science, Switzerland and general knowledge was tested. 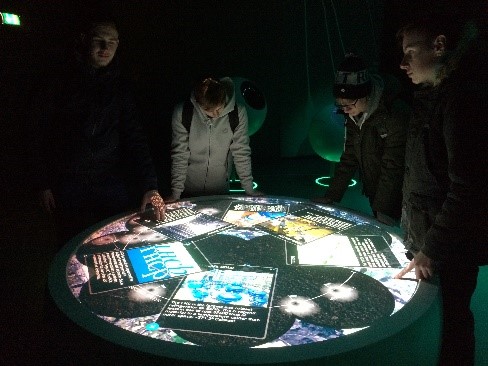 The time in Geneva concluded with a tour of the Red Cross Museum, which prompted a lot of discussion among students on human rights and inequalities across the world.

Mr Jones-Parry said the trip was enjoyable as well as educational. “It was a privilege to witness the fascination and interest of the students for science in a world-famous setting.

“Science is about discovery and imagination – the students asked some deep and thought-provoking questions after they were given the freedom to experience different aspects of this subject that went way beyond the curriculum.” 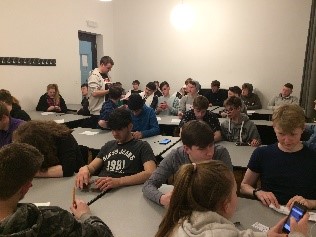 The students were motivated and enthused by the opportunities offered by the trip.

Year 13 pupil George Kodankandath said: “This gave me the once-in-a-lifetime experience of visiting the largest physics experiment being carried out.”

Norbert Wegrzynowski, also year 13, described the trip as amazing while Lily Harrison said the activities were worth going out in the sub-zero temperatures for. 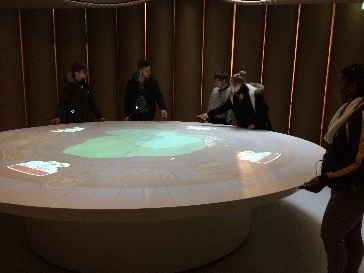 Liam Cahill, who had enjoyed the same visit two years ago, said it was just as interesting and fascinating the second time around.