Students spend a considerable amount of their free time online,  teenager spend a considerable amount of time on their Smart Phones accessing the Interent (3 hours 36 minutes each day, three times the amount an adult spends(OFCOM, 2014)). The majority of the time the contact made with others online is generally a positive experience however there situations which the students may encounter which could have a profound impact on themselves both mentally and physically.

Whenever ‘we go online’ to look at our emails, to purchase a Christmas present, to send a status update, users do not think about what happens with the data that we generate every time we either access or enter data on the internet. There are many companies that store details of your actions and store it without you even realising. Why would someone want to know that I am planning to buy my son the latest Pokémon figure? Some Companies sell data to other companies, who then use this information to customise Internet adverts advertising a better deal.

The things you put online can stay there forever and might be the first thing people notice about you. A bit like a tattoo?

With every new profile, tweet or photo you post online, imagine you’re adding to a digital tattoo. We’ve all got one and people that know you, and people who don’t, can see it and learn a lot from it. What does yours say about you?

In April 2013, the UK's first youth police and crime commissioner, Paris Brown, had to  resign from her post after only being in position for 4 days due to people looking at her Digital Tattoo. Miss Brown had boasted about her sex life, drug-taking and drinking on her Twitter account @vilulabelle and had also posted violent, racist and anti-gay comments. Police investigated her over tweets she posted between the ages of 14 and 16 which could be considered racist and anti-gay. Link

Online Social Networks have gained much popularity over the last 10 years, these sites enable the common man to share views/photos and more with others. Students are among the heaviest users of these sites; their experiences are generally positive but for a considerable few it can be a source of anguish and hurt.

Cyber-bullying can be broken down into types. The categories are considerably different from traditional bullying which is expected as Physical bullying is a non-occurrence in cyber space. “Direct Verbal Bullying” which includes Harassment, Flaming; an act of trying to play with the emotions of an individual through sending messages which are “hostile, angry, or mischievous” (Sameer Hinduja, Justin W. Patchin 2009) in nature and Cyber stalking which involves direct threatening behaviour to an individual (Patchin & Hinduja 2009), whilst “Indirect Relational Aggression” includes “denigration, outing and trickery, exclusion, impersonation, and Cyber stalking”.

Bullying used to be confined to the school playing fields or during the school day, however with the increasing use of digtial technology, your children can be communicated with at any time, any day of the week, meaning that there can be little escape from the actions and communications of others. Communicating with your children can be a simple step to understand their online activities and get them to express any concerns that they have.

Another way to prevent being a victim of Cyberbullying is to create a safe profile. Setting up a safe profile is a really important part of social networking. If it's possible, it's better to set up your profile so that you have control over who can see anything you post. 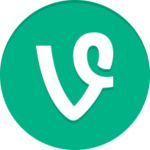 Social networking and gaming website provider opportunities for people to ‘meet strangers’ whilst online. A child might get a friend request from a person, they might join a particular Social Network group. There are many different ways in which children can be approached by Strangers online. How many friends does your children/Niece, Nephew/Grand Child have online?  How many of these people do they actually know?  A report identified that 30% of friends online were strangers. Children do not see strangers as strangers online, they see them as Friends. So it's important to keep track of who your child's talking to

Explain to your child that it's easy for people to lie about themselves online, like their age, for example, because you have never met them.

Agree your child will 'friend' a trusted adult on their social networks or online games.

You could also become 'friends' with your child so you can see their profile and posts but your child may not want to 'friend' you, especially as they get older. Agree that your child can 'friend' a trusted adult like an aunt or uncle so they can let you know if they see anything worrying on your child's profile.

Grooming happens both online and in person. Groomers will hide their true intentions and may spend a long time gaining a child's trust. They may also try to gain the trust of the whole family so they can be alone with the child.

Groomers do this by:

Once they have established trust, groomers will exploit the relationship by isolating the child from friends or family and making the child feel dependent on them. They will use any means of power or control to make a child believe they have no choice but to do what they want.

Groomers may introduce 'secrets' as a way to control or frighten the child. Sometimes they will blackmail the child, or make them feel ashamed or guilty, to stop them telling anyone about the abuse.

It’s easy for groomers to hide their identity online, as children and young people often chat or become 'friends' with people they don't know on social networking websites, chatrooms and gaming sites.

Groomers don’t always target a particular child. Sometimes they will send explicit messages or images to hundreds of young people.

Groomers may look for:

Explain to your child what to do if they see content or are contacted by someone that worries or upsets them. Make sure they know how to use tools to report abuse. Many social networking websites like Facebook have a ‘Panic Button’ and this will provide a way to report grooming behaviour.

There are some sites which encourage people to talk about how to self-harm. Self-harm sites may try to make people self-harm. These can be really dangerous places.

It may feel like your friends or the adults in your life don’t know what you’re going through. Going on self-harm blogs or posting a picture about self-harm on Tumblr can make someone feel less alone at first – but some self-harm sites can make things even worse. Looking at self-harm images can make you want to hurt yourself even more. These sites can also be addictive and over time they may make it really hard to stop self-harming.

Any difficult experience can cause someone to self-harm. Common causes include:

This video explains the story of Holly, where she explains her experience of Self-harming and how she overcome her self-harming.