The America trip is easily one of the most fun I have been on during my time at St Peter’s and I think the reason for this is down to the experiences we had with a culture similar to ours in some ways, while still clearly being in a very different country.

New York was an amazing place filled with different cultures and lifestyles, all on display to you if you’re looking for them. The first thing to hit many of us were the towering skyscrapers that were watching over Manhattan; the hectic chaos of the traffic there and that wherever we looked there was movement; whether it be the cars on the road, the people on the sidewalk or the planes coming and going from JFK. 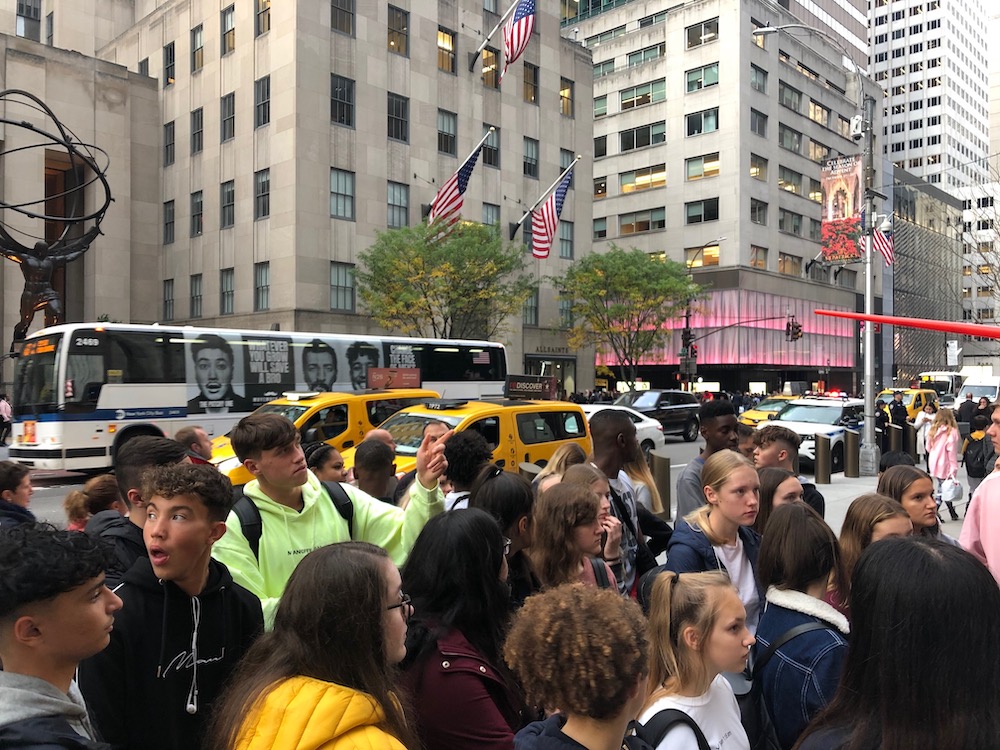 The students in New York

On day two we were up early and headed to Grand Central Station (which we had passed the day before) to find some breakfast where I indulged in a triple cheese bagel and a chocolate shake. Then we headed off North on the Subway to Harlem where we split off with our tour guides. We learnt about Harlem culture, art and history. We met back up with the other group and went for lunch where I learned the true meaning of a large meal in America. Once we had eaten, we met with veteran Mark Levy for a talk on the civil rights history of America during the 60’s. 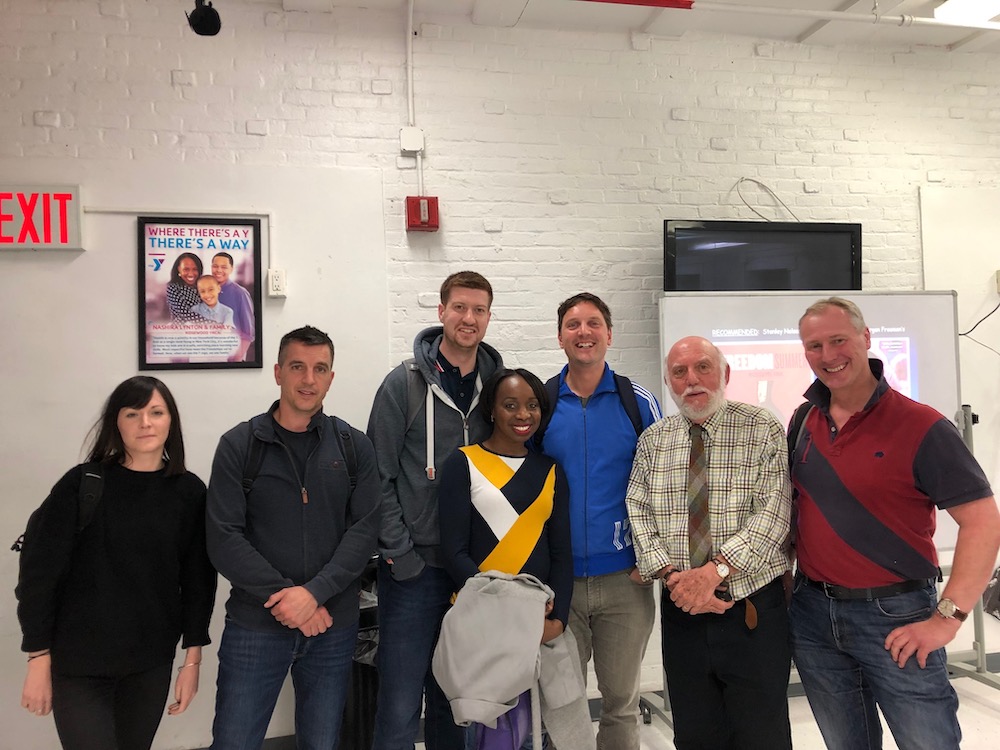 On our final day in NYC we got the subway to the financial centre and took a ferry to Liberty Island for an amazing self-guided tour of the massive statue. It was at this point we realised we had possibly picked the most rainy day in American history as we and the boat were battered by the strong winds and rain. Then we travelled to Ellis Island where we went around the museum to learn about how America was built from migration to make up this country of many cultures. I also tried what can only be described as the largest burger I have ever seen, known as the beast burger, which was both delicious and excessively large. Then finally we went to the top of the Rockefeller building to view the beautiful skyline of New York.

Washington D.C. was a very different place from New York: much less busy and with much more business. The next day we split off for breakfast in the morning where I went for a selection of doughnuts. Then we went off with our respective tour guides and visited the many famous memorials and sites of DC. After lunch we went to visit the Holocaust Museum, which revealed the shocking history of all the parts of the Holocaust and provided us all with a deep insight into the Nazi Germany part of our history GCSE. 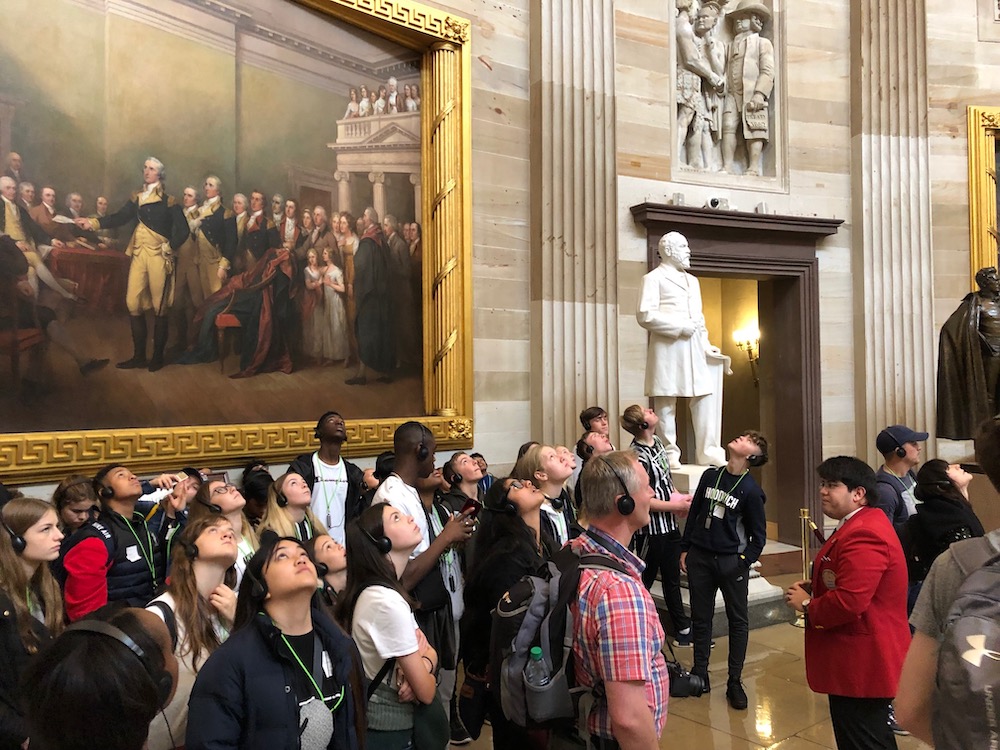 The students in the US Capitol building

After the jetlag settled, I am left with a strong memory of America with its amazing art, architecture, food, culture and people from whom we can learn many things, from what we should and shouldn’t change about our lives in the UK. As everywhere, there are kind people there, as I found from my time in central New York and there are some unpleasant people as we found out from our talk with Mark Levy. Overall I am thankful to everyone who made this trip possible, to the teachers for organising and running it, to the students who made it something to remember and to the people there who are so proud to be able to call themselves American.