St Peter's won the North Gloucestershire Area Final this afternoon with a hard fought victory over Cotswold School at the Tiger Turf stadium. 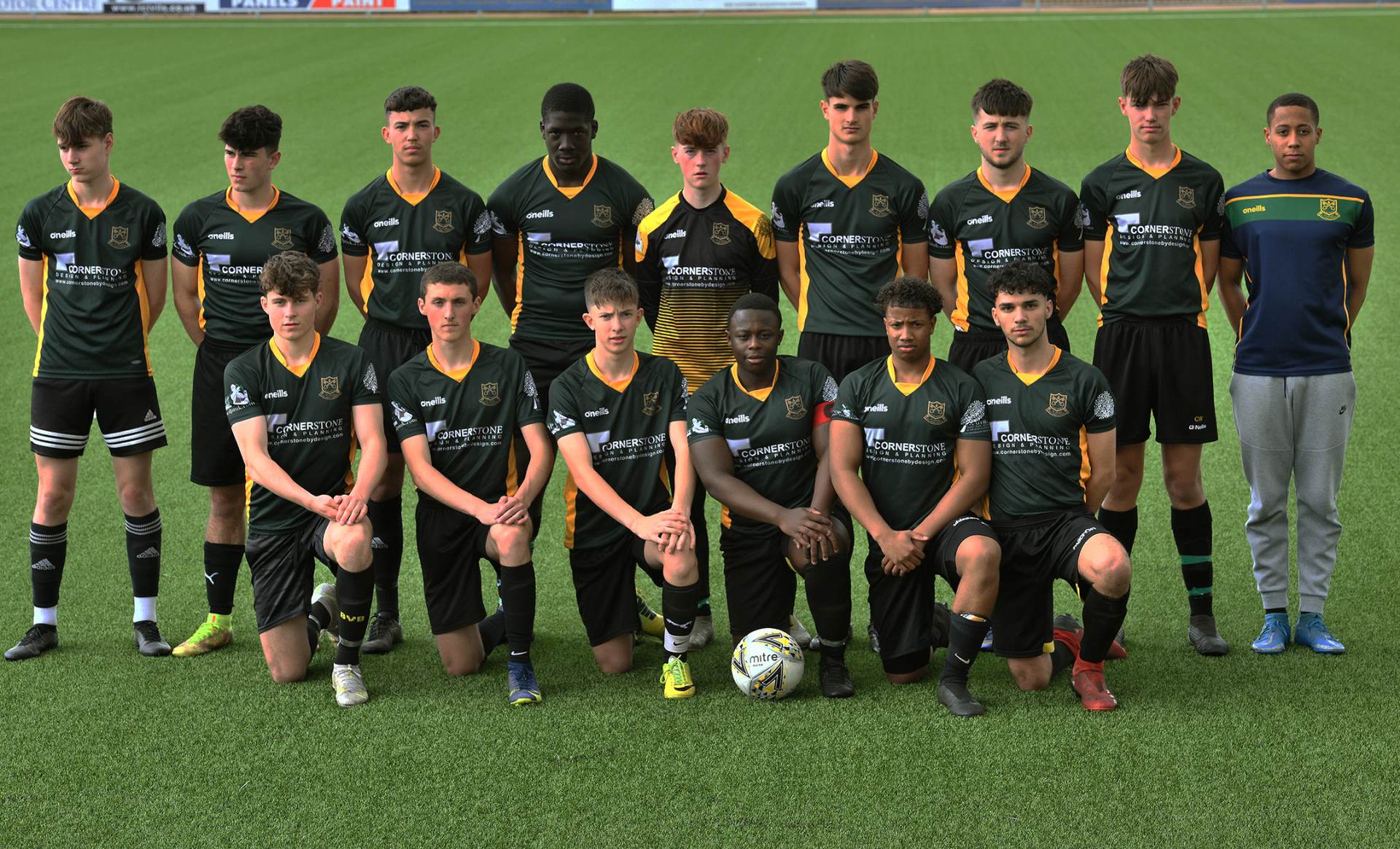 The game started at a frenetic pace. Both teams inspired by the huge crowd of 57. The Green Army support was led by chief cheerleader Mrs Sewell who was very keen on getting one over on her old school. St Peter's were making a few errors early on. Perhaps nervous of the big occasion. However, they started to find their passing groove after 10 minutes. Left back Kinsella playing some excellent through balls to speedy winger Hallmann.

The back four of Kinsella, Chambers, Maher-Goldsmith and White looked comfortable and the latter was getting into acres of space but just couldn't quite find the killer ball. So it was a surprise when somewhat against the run of play, the visitors took the lead. The ball given away needlessly in midfield and a ball over the top was neatly finished by the Cotswold Striker, who powered in the finish past a helpless Witherington in the St Peter's goal. 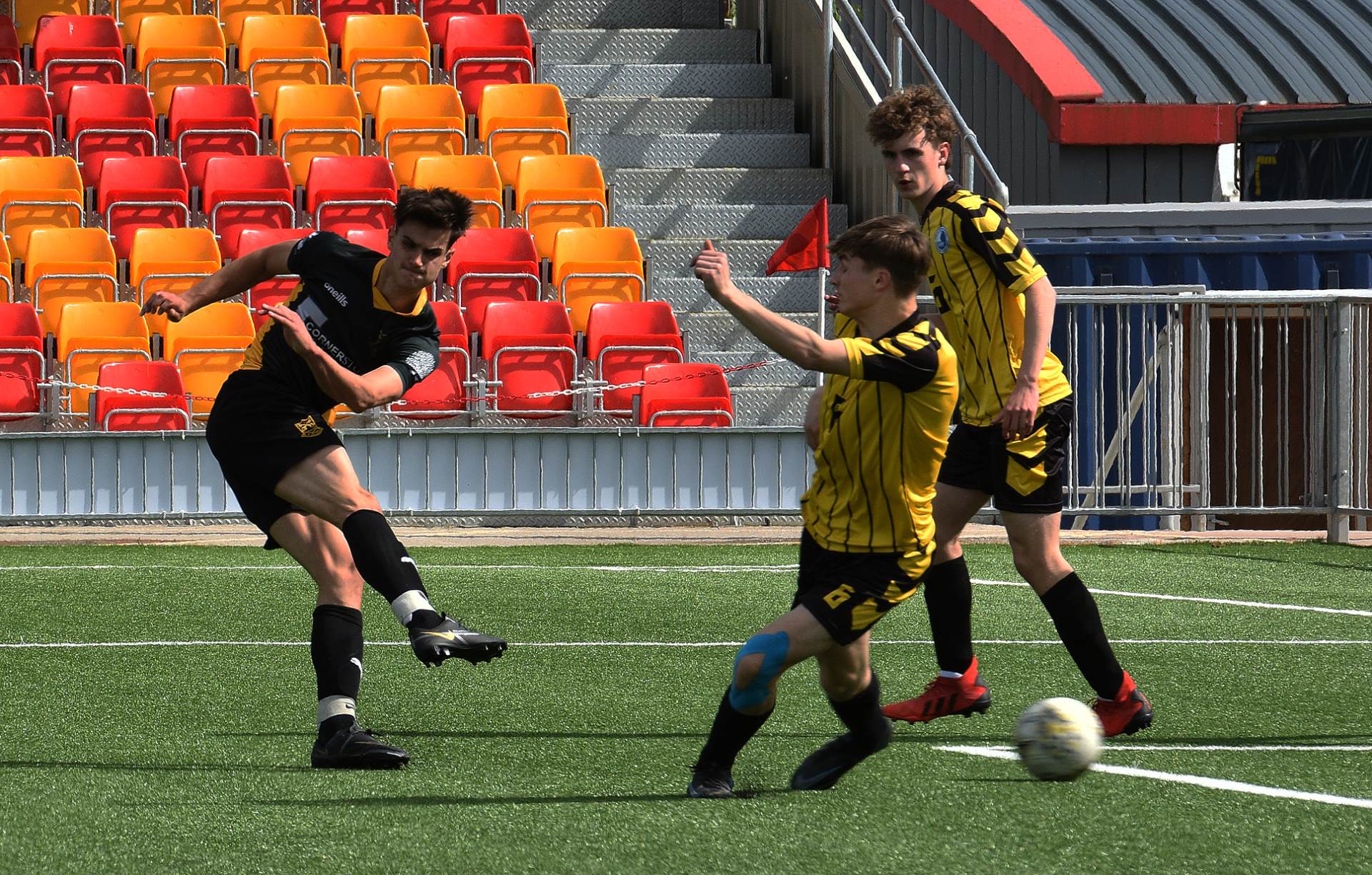 St Peter's dealt with the setback well however. McGuirk typified the gritty response. Getting on the ball and driving the green army forward. Captain Aziz and fellow midfielder Weir-Roberts crunching into tackles and winning possession back more easily.

The possession was starting to tell towards the end of the half. Beeston having a goal chalked off for offside that looked extremely close before more excellent work from Kinsella released Hallmann. Some fantastic interchange finally fell to Jenner who despatched a trademark finish into the bottom corner. 1-1 at half time.

Coaches Versaci and McDermott were delighted with the response to going behind but called for calmer heads in the 2nd half. 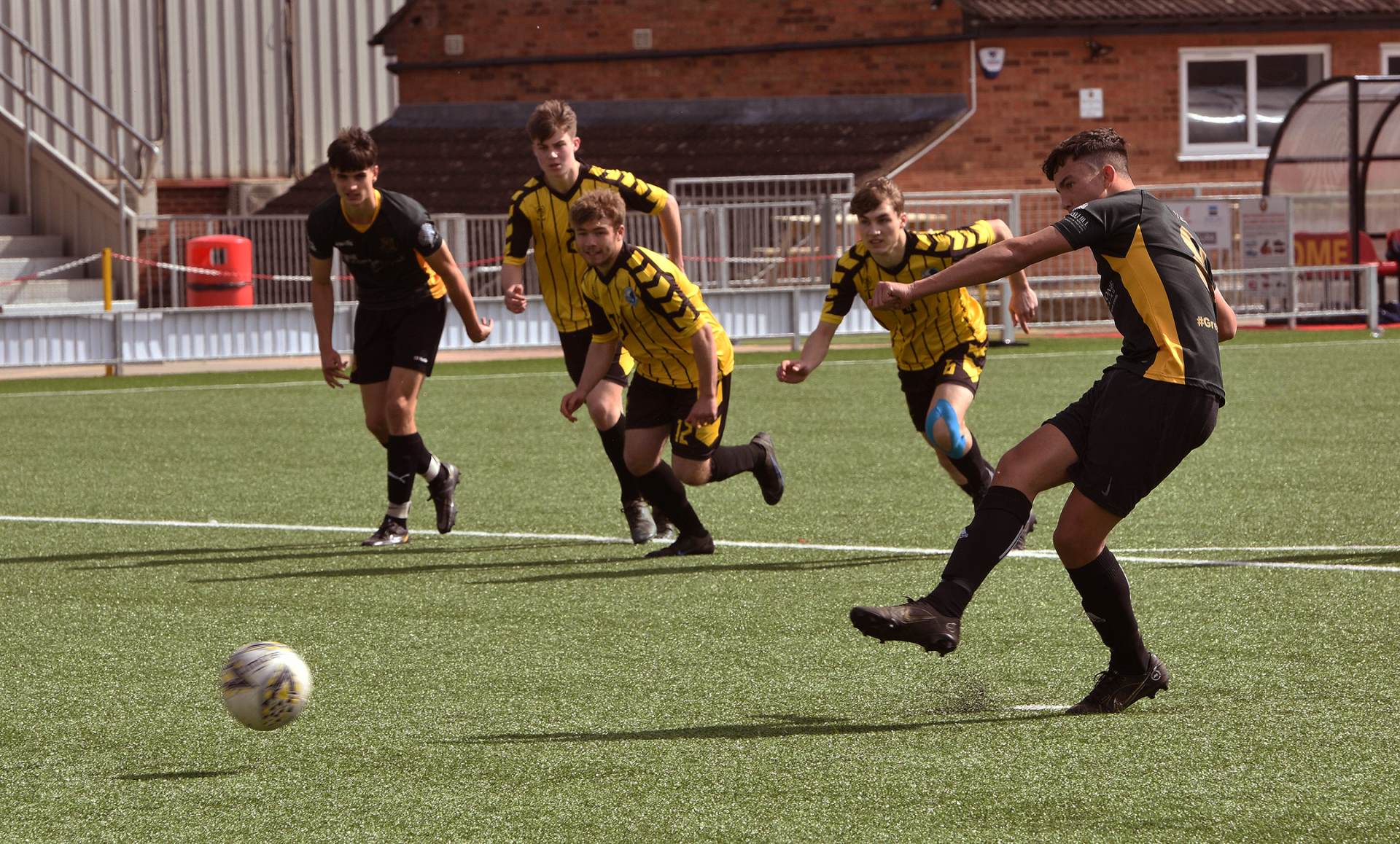 The first change saw Beeston replaced by Big Kenyon Lewis up top. He had a fantastic start. Physicality and quite a lot of skill from the big man was giving the Cotswold defence a new problem to consider. A good example of this led to St Peter’s taking the lead. Lewis causing all sorts of problems before Jenner nipped in front of his man and was upended in the penalty area.

To everyone's surprise, Jenner passed responsibility for the spot kick on to McGuirk, who slotted the ball into the corner confidently for 2-1.

The Green Army were now well on top. Weir-Roberts snapping into tackles and Hallmann bringing out all the showboat skills to terrorise the beleaguered Cotswold fullback. The home team then suffered a setback. Lewis twisted his knee and after a lengthy delay while we waited for someone strong enough to pick the big man up, was replaced by Freeman. Harber also entering the game at right back in place of White. The opposition must have heard about Freeman's MMA skills as they seemed terrified of his direct running. A mistake forced by Harber meant the ball falling to Jenner. He rolled it into Aziz and then on again to Hallmann. He then blasted in the third from distance to make it 3-1. 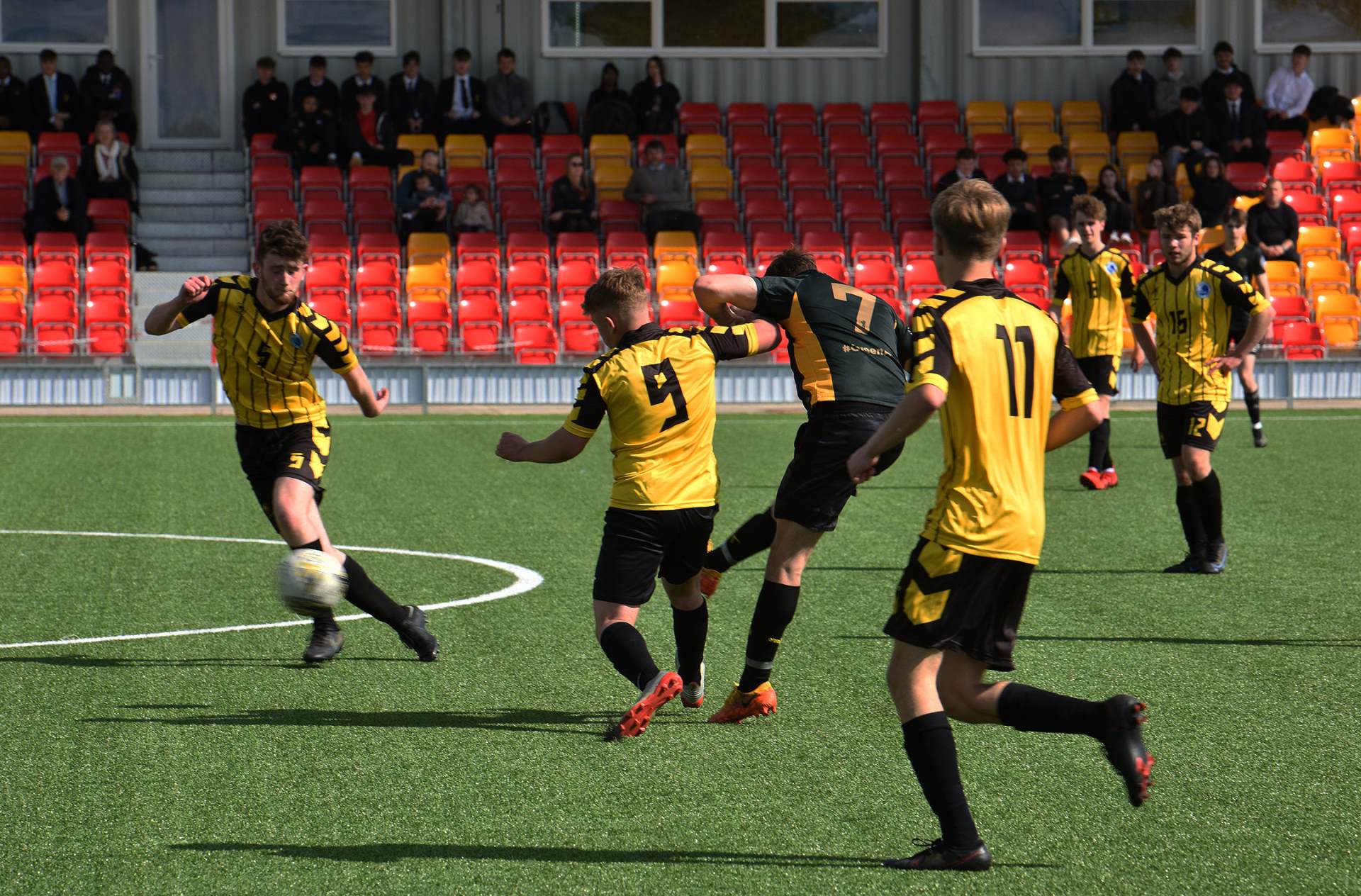 St Peter's looked comfortable. Maher-Goldsmith and Chambers dominated the aerial duels but as is becoming a habit with the team, we tried very hard to snatch defeat from the Jaws of victory. A sloppy mistake was of course punished and all of a sudden the last 10 minutes were more uncomfortable than they should have been.

Witherington unlucky to be picking the ball out of the net for a 2nd time. 3-2. 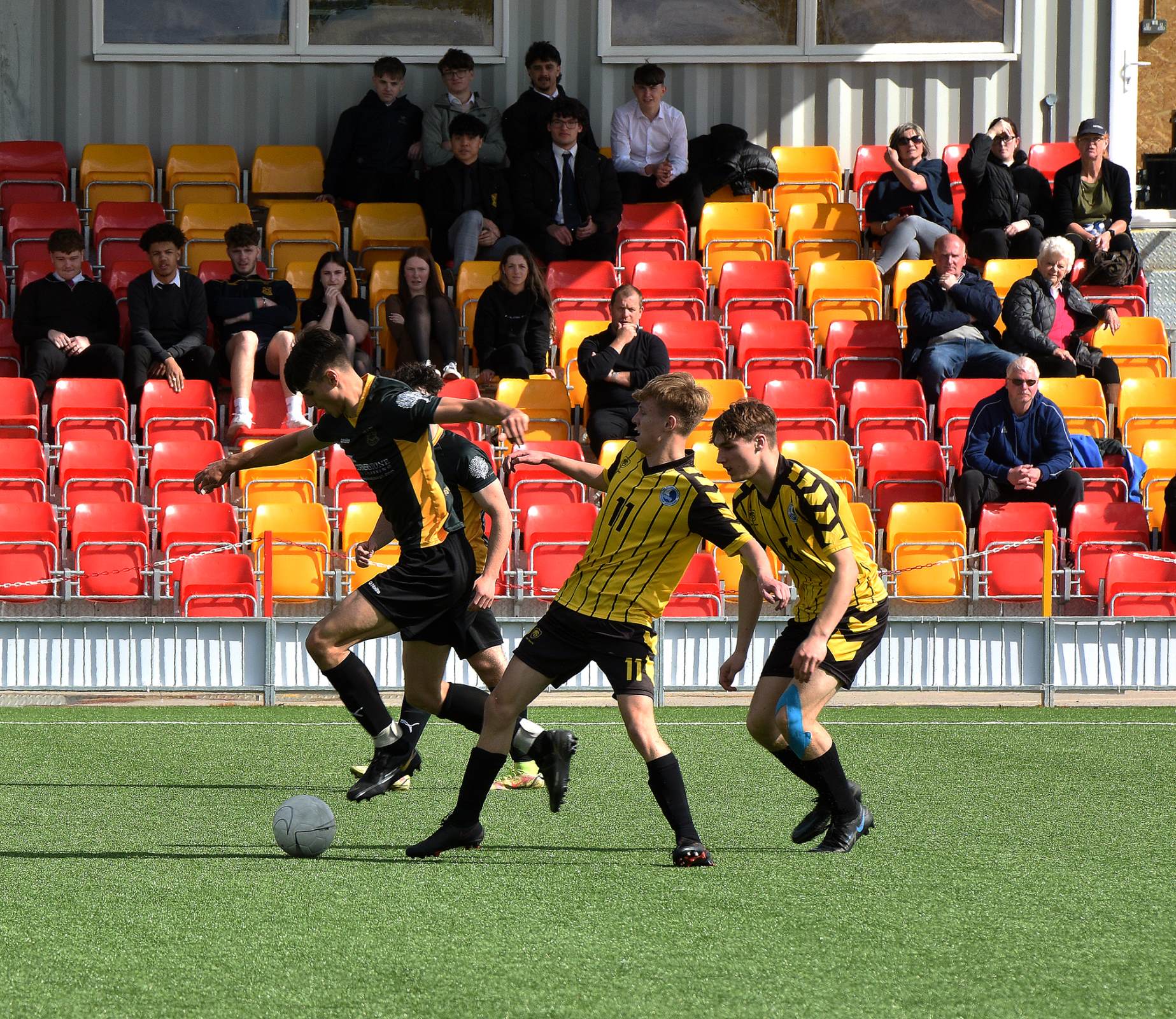 The Green Army eventually saw the game out and move on to the Gloucestershire County Cup final, where we play the winners of the South Gloucestershire area final at Hartpury.

Man of the Match- Harvey Kinsella