Congratulations to Year 7 student Sophia, who has just finished performing in her first major production, ‘Nativity’ at the Wales Millennium Centre, alongside Dani Dyer. Sophia played evil student Maleificient, and was apparently ‘lots of fun to play’! 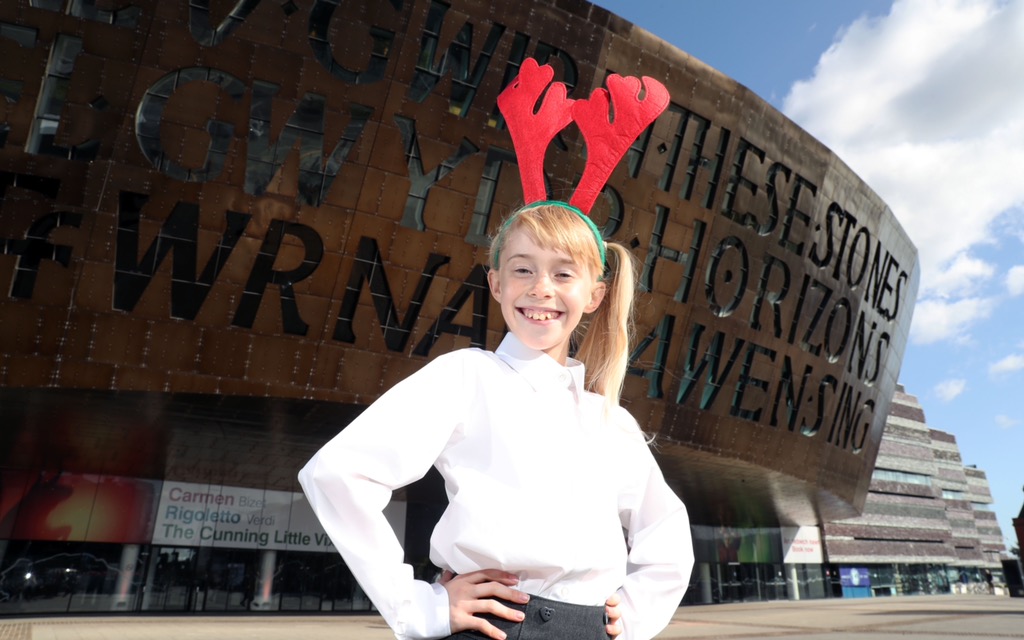 Sophia commented, “I loved performing in Nativity! It was so amazing to see how it all comes together on stage, from when we first meet the cast and are taught the choreography and run through the script, to actually getting to perform it in front of an audience with all the scenery, props and orchestra. It was such a fantastic experience! Every show was sold out with around 1800 people watching each and every performance!”

This budding young actor started Stagecoach Drama School seven years ago. Three years ago, after a Stagecoach production of Annie Junior in London’s West End, she was signed by a London agent. Since this pivotal moment, Sophia has taken part in professional workshops for musicals and commercials. After a rigorous audition process, she has also been granted a place at London Performance Arts School, Stagebox, which she attends in the holidays.

Sophia is not only an actor, she is one of the youngest children to achieved Grade 7 in Musical Theatre (Distinction), through the University of West London. Last year she was chosen as the soloist to perform in the London Philharmonic Orchestra’s The Snowman.

Sophia’s diary for December is already looking pretty busy. She has already performed at Leicester Square’s Winter Wonderland and has been chosen as the soloist for the Gloucester Pied Piper Annual Concert and a performance at Cheltenham Town Hall.

St Peter’s High School would like to congratulate Sophia on her achievements so far and we look forward to following her acting and music career. And for any other young performers out there we hope this story will give you inspiration to keep trying, keep performing and who knows, you too could be involved in major productions…